With both legislation and public opinion demanding more sustainable construction and civil engineering, a change in material sourcing can have a transformative impact on projects of all kinds right across the UK.

Sustainability is now baked into not just public opinion but also policy objectives across the political spectrum. As a result, the construction industry must respond to growing demands for the implementation of practical strategies to lower both carbon emissions and embodied energy in building materials.

The next step will be the so-called ‘circular economy’. In 2020, the UK government’s Circular Economy Package policy paper explicitly made the circular economy one of the country’s goals, saying:

“We recognise the benefits of shifting to a more resource efficient and circular economy as a means of not only reducing impacts on our natural environment and reducing greenhouse gas emissions, from disposal and embodied emissions related to our consumption, but also in terms of competitiveness, resilience and growth”.

Today, pressure is mounting for more action. On 7 September, Jo Nettleton, chief scientist at the Environment Agency, gave a speech saying waste recycling targets should be raised. “We should not be afraid to rigorously review our regulatory systems and hold ourselves to account; building on our successes, but shining a light where changes are needed,” she said.

Recent actions also make the trajectory clear. So far, 2022 has seen major changes in the regulatory environment. Recent legislative changes, from the end of the VAT exemption on red diesel used in construction and changes to the UK aggregates levy [LINK HERE], indicate just how serious the government is about the change.

And with ongoing geopolitical and economic shocks, not to mention growing public demands to go green and NGOs calling for a national materials data hub, 2023 is unlikely to see any let up in the pace of the change.

What is the circular economy?

Put simply, the ‘circular economy’ is the goal of ensuring resources are kept in use rather than discarded. The result is that both materials and the systems that produce them can be sustained indefinitely.

In this regard, a circular approach models economic activity on natural systems by incorporating and reincorporating materials into new cycles of production giving what would otherwise have been discarded as waste a new life and purpose and adding to their value as resources.

How can recycled aggregates help?

Aggregates, crushed rock, sand and gravel, are a core, if underappreciated, component of the infrastructure we all use in our daily lives. Multiple sources report that they are the second most widely consumed resource in the world, with only water consumed in greater volumes. As a result, despite not being at the forefront of most people’s minds they have caught the attention of policymakers, NGOs and researchers.

Clearly, moving away from virgin material would be a major boost for the circular economy. In light of this, though, it is worth noting that the public is not easily fooled: a survey published in September found 41% of respondents were of the opinion that companies take advantage of circular economy processes to benefit economically from government initiatives, while 36% believe it is just a policy for greenwashing.

What is the current situation in the UK?

The picture right now is mixed. Defra statistics indicate the scale of the waste produced by construction and demolition (C&D) in the UK: some 62% of UK waste produced in 2016 was from the sector. However, government figures published in 2021 indicate 2018 saw a recovery rate of 93% for non-hazardous material: 67.8 million tonnes of non-hazardous C&D waste were produced, of which 62.6 million tonnes was recovered. The Construction Leadership Council has stated that it wants this to rise, publishing a 2020 proposal for zero avoidable waste.

The good news is that the UK is already a leader in Europe when it comes to recycled aggregates. As previously noted here on the Tyrone International blog, research published by the MPA shows Britain as a leader in this ongoing transition, with 2020 seeing 28% (61.8 million tonnes) of total aggregates used coming from recycled sources. However, this also means that 70% of aggregates in use in Britain today are sourced from virgin materials. Clearly, there is room for improvement.

Let’s discuss how to accelerate your journey to sustainability

Our game-changing solutions have been thoroughly engineered to enhance productivity, minimise downtime, automate processes and lower operating costs while maximising profitability. To find out more about how our high throughput washing and water treatment plants can deliver for you, call us on 028 9457 1385 or email us at info@tyroneinternational.com. 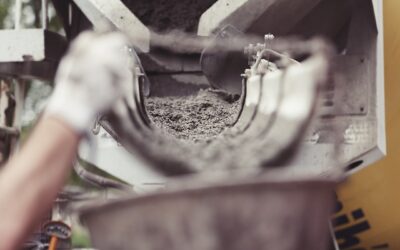 How concrete recycling can lead the way in lowering construction emissions

Recycled aggregate production not only meets a growing need for materials, it is also driving the sustainability agenda in construction.

A closer look at pipe bedding

Gravel for pipe bedding, the material laid below a pipe that supports it against the soil load, is a key material produced by wash plant users. We take a closer look. Pipe... 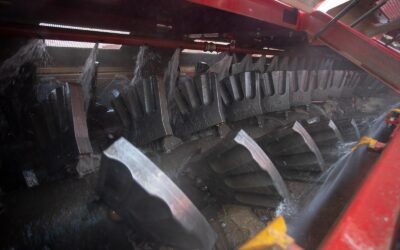 Rapid and durable cleaning with a reliable log washer

As a key component of our aggregate washing plants, the T-Scrub range of log washers is designed for ease of maintenance.