Both reclaimed and virgin aggregates will be needed if the UK is to meet demand in the coming years.

Britain is facing a shortage of aggregates in the medium term. According to a report published in September, “Aggregates demand and supply in Great Britain: Scenarios for 2035”, the UK construction and civil engineering sectors will struggle to obtain enough material in the coming years.

Over the next decade and a half, four million tonnes of aggregate material will be needed to meet construction and infrastructure demand in the UK. At present, it said, the country cannot meet this demand.

“The implication of long-term replenishment rates well below 100% raises the prospect of supply shortages further down the line,”

At the same time, recycling rates are already high, meaning that even if an increase in already high construction and demolition (C&D) waste reclamation and recylcing is possible, it will not be enough to bridge the gap.

Controversially, this could result in a greater dependence on larger crushed rock quarries, with more materials travelling greater distances, as well as increased reliance on marine sand and gravel. Given increasing pressure on construction to go green, this could cause problems not only for the industry but also policymakers if public pressure is brought to bear.

In fact, the problem is not a new one. A 2010 scholarly paper noted that, according to figures from the British Geological Survey, there had been a downward trend in sand and gravel reserves in Britain in the 1990s and 2000s. This was “due to an insufficiency of new applications, the tonnage of which has consistently fallen below the annual rate of consumption for almost all of this period,” it said, going on to note that the post-2008 economic downturn served to mask this.

Today, according to the report, the past decade has seen only 63 tonnes replaced for every 100 tonnes used from permitted reserves. For crushed rock, the replenishment rate is a little higher at 76%, although it mostly reflects new permissions granted at a small number of sites in 2011 and 2012, which means that the ten-year replenishment rate will reduce significantly in the next two years.

Transform your aggregate processing operations with us

To find out how Tyrone International’s game-changing approach to washing plant can transform your operations by increasing productivity and lowering total cost of ownership get in touch. 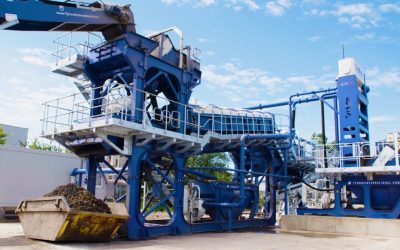 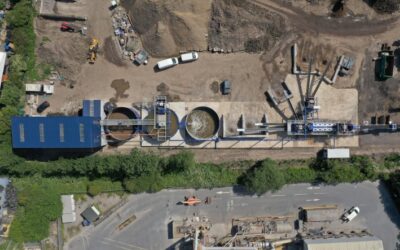