Infrastructure gets the nod in UK autumn budget statement

After a tumultuous few months, a statement from the UK’s Chancellor of the Exchequer has restated the government’s commitment to infrastructure development.

In early October, we asked if the government’s growth plans would deliver for the aggregates sector. The Growth Plan, launched on 23 September by then chancellor of the exchequer Kwasi Kwarteng, included significant news for the aggregates sector: high among the new prime minister and Chancellor’s priorities would be “accelerating the construction of vital infrastructure projects by liberalising the planning system and streamlining consultation and approval requirements”.

However, a dramatic change in government, with Liz Truss replaced as PM by Rishi Sunak and Jeremy Hunt taking over as Chancellor threw everything into question.

After a short delay, the Chancellor made his autumn statement to parliament on 17 November, saying that, despite cutbacks in other areas, energy, infrastructure and innovation will be priorities for growth.

‘The Chancellor says the Government will focus on economic growth, despite having to find budget savings. A silver lining for our sector was the announcement that energy, infrastructure, and innovation are high on the Government’s priorities,”

The Mineral Products Association (MPA), meanwhile, has said it was “reassured” by the plans to continue capital spending.

“It’s a relief that the Chancellor has recognised that cutting capital spending in order to balance the books would have been an ill-advised option. His decision to maintain capital spending levels in line with previous announcements is certainly welcome, and will support the delivery of vital infrastructure projects, driving the economic growth and green energy security of the future,”

said Aurelie Delannoy, director of economic affairs at the MPA.

Overall, despite a second consecutive quarterly drop in demand for mineral products, the long term outlook is good. Citing continuing demand for construction and civil engineering projects in countries around the world, the Global Construction Aggregates Market Report to 2031 published by Allied Market Research said the total market size would grow by 49% in the coming decade.

In the UK, meanwhile, landmark infrastructure projects, including the Sizewell C power plant, HS2, and Northern Powerhouse Rail were all spared from cutbacks.

Concern remains about high energy prices and the general economic situation in the country, but the industry is certainly taking succor from the recognition that construction must continue. 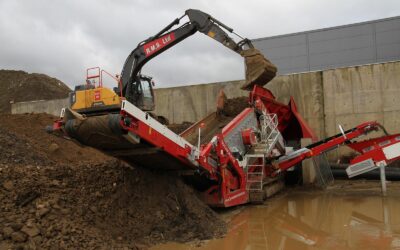 Choosing the right wash plant for your needs means addressing your desired throughput, the kinds of materials you will be processing, total cost of ownership and more.

As the world’s population continues to grow and urbanise, there is a growing demand for building materials such as concrete and aggregates including gravel, crushed stone, sand and slag. This has led to a materials shortage in many parts of the world, resulting in higher prices, as well as a greater strain on the environment. However, there is a solution to this problem: using recycled materials to meet the demand for building materials, including aggregates. 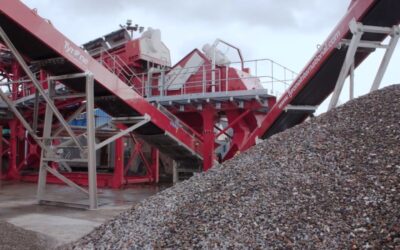 Understanding the aggregate journey from input to final materials

Washing helps to improve the quality of aggregate end products, delivering a wide variety of materials suitable for construction use. We take a look at how the process works.