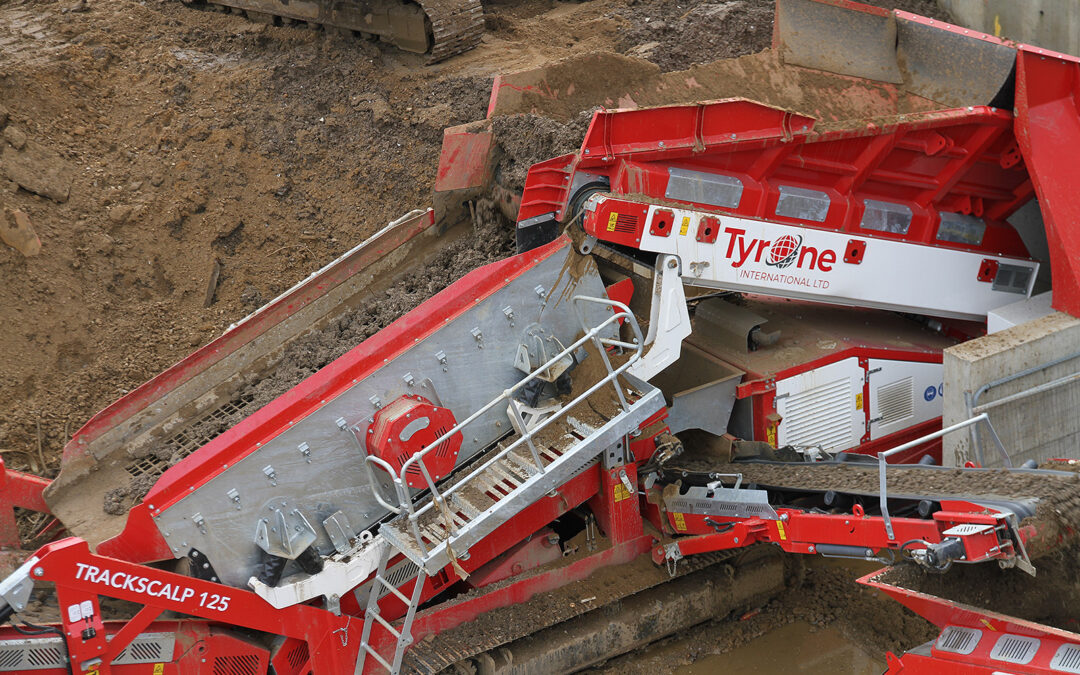 Innovation AT THE HEART OF BUSINESS: PROFILE OF TYRONE INTERNATIONAL DIRECTOR FINTAN MCKEEVER

Hailing from Magherafelt in Northern Ireland and educated at the University of Ulster, Tyrone International co-founder and director Fintan McKeever spent over 18 years working with two of the UK’s largest equipment manufacturing companies helping customers meet their recycling, washing, and water treatment needs. It was this wealth of industry experience that persuaded McKeever that there was significant room for technical innovation in the sector, and so Tyrone International was founded.

Dissatisfied with the existing solutions on the market at the time, which had grown outdated, Tyrone International set out to modernise the industry with its range of game-changing solutions, including full wash plant installations, modular, mobile, and fully electric-powered applications.

Based in Coalisland, Co. Tyrone and Nuneaton, Warwickshire, Tyrone International invested in innovation because both the opportunity and need were real. Founding Tyrone International was a significant move, but Fintan says that his overwhelming feeling was one of excitement at bringing new ideas to the market.

“We had lots of new ideas to bring to the industry and we could see lots of improvements that could be made to the equipment that was available,”

Today, Tyrone International is on its way to becoming a leading supplier of wash plants to the aggregates sector, and the company’s goal is to continuously improve its offerings and, in the process, raise expectations in the industry. For instance, Tyrone International’s reputation for high throughput and advanced functionality.

“A plant might be sold to do 100 TPH, but actually do 120 TPH, for example, but we also like to exceed expectations in terms of the features and benefits of the plant,”

Interest is growing in the aggregate washing market: while in the past businesses would have done a lot of dry screening, today there is greater demand for a wider range of processing, due in large part to a changing regulatory landscape for the construction sector.

Notably, the UK government’s landfill tax has the stated aim of encouraging businesses to recycle and reuse material rather than dispose of it. However, demands for recycling are mounting in other ways, says McKeever.

In practice, this means that large quantities of material that would once have gone to waste are now fed back into construction in the form of quality aggregates.

“Even beyond that, there’s a shortage of landfill space to tip material. Customers are being financially incentivised to recycle for one thing. In the UK alone there are millions and millions of tons of materials that would have once gone to landfill now being recycled back into quality aggregates,”

Having not only invested heavily in research and development, but also studied the market, the machinery, engineering, after-sales, and service, and having listened to customers, Fintan says that Tyrone International can show a better way of handling aggregates.

Indeed, the future of aggregate and water treatment is not just greater capacity, says Fintan, but also the processing of more complex loads: as regulatory demands and economic incentives evolve, the need to produce quality aggregates will only increase.

“There are a lot of people whom I’ve seen already start to make the transition over the years, but people are looking to process even more difficult material than they did previously. The demand for the washing will only increase,”

“Dealing with clay content in the material and the contaminants like plastics, metals, we have to separate that all out of the material,”

Providing customers with the ability to do this is what makes Tyrone International stand out, says Fintan, and is already driving achieving international growth and industry recognition through earning the trust of customers and strategic partners. The result is that Tyrone International is on track to be a global leader in providing modern sustainable wash plants to businesses, large and small.